“We have far more evidence that Biden is compromised by China than we ever had that Trump was compromised by ­Russia. Yet the Clinton claims of collusion dominated the media for nearly three years and led to a special counsel probe before coming up empty.” 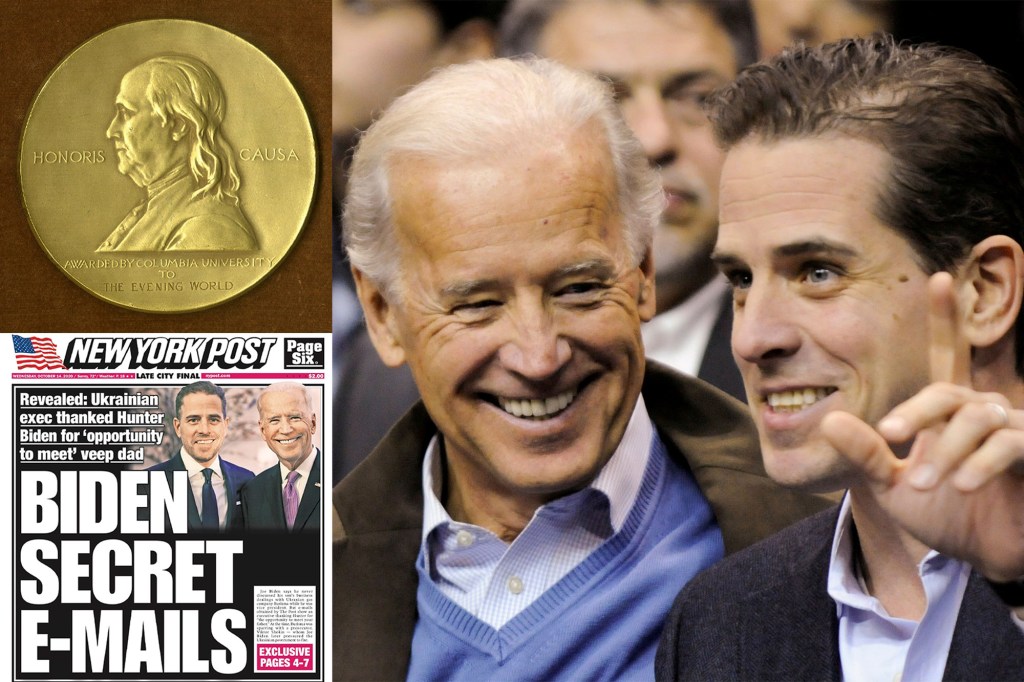 So, where’s The Post’s Pulitzer for Hunter Biden exposé?: Goodwin

A year after the Post’s groundbreaking reports on Hunter Biden’s corrupt deals, there is a reason why it hasn’t won a Pulitzer prize — all thanks to Big Media and Big Tech, Michael Goodwin…